The Nasty Fate of Scientific Articles in the Media

When I was in graduate school, one of may papers was chosen by the university for a press release. That's when I learned first-hand what happens to science when it passes through the filters of the media. Here's how it went:

Step 1: We sent the paper to the press release office, where someone read it and write the first draft of the press release. We later learned that this was a fairly entry-level position and the person responsible for writing the press release was a communications major with no scientific background.

Step 2: We were able to edit our press release and correct some of the conclusions the press release writer seemed to find. We converted the more sensational language back to more scientific non-committal language. For example, we changed "X does Y!" to "The study shows that X may contribute to Y happening." In otherwords, we made it a lot less exciting again.

Step 4: The press release goes out! LOOK! WE'RE ON THE INTERNETS ON A WEBSITE! It was exciting, for sure! Then we watched more and more places pick up our press release and summarize it even more.

Step 5: Watch your hard work get further distilled into sensationalist conclusions and inaccuracies.

PhD Comics did a pretty accurate cartoons about it here. I have to say, ours kind of stopped around step three of the comic's cycle, no one is really that interested in fungi unless they're watching Monsters Inside Me. But I've certainly seen the rest of the cycle happen to other perfectly respectable papers.

Why does this happen?


How do you know? Read my post Is it fake? Read the original article. Even if you can't, try reading the abstract, which is a summary of the article written by the authors. If all else fails, ask someone! You can certain ask me, or find a friendly neighborhood scientist and ask them. 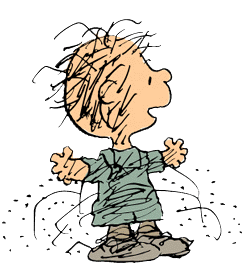